If you have ever walked into a voting booth and felt you are continually forced to choose between the lesser of two evils -- you will want to continue reading this post. This post will highlight the backroom deals made this year by the Ohio Republican Party regarding the State offices in this upcoming election. Prior to the political version of musical chairs, the GOP primary races for state offices were pretty much set as;
With two very strong conservatives challenging life time politicians in the Secretary of State & Attorney Generals race, and with the all-important apportionment board being at stake this was shaping up to be a very strong ticket -- but then, as usual and at the expense of the Ohio voters, partisan politics & personal vendetta's of Ohio Republican Party Chairman Kevin DeWine & State Senator John Husted came into play. First we will start with the Auditors race before the political musical chair game began.... Mary Taylor was truly a God send for the State of OH. This women saved untold millions of dollars for our state. But Mary was quite contrary during her time as a State Rep in the OH House and refused to go along State Rep John Husted, the water boy for carrying former Governor Taft's failed policies and tax increases. Refusing to be a party hack, Taylor earned the ire of Husted. It was made clear to Taylor after she was the only Republican elected for a State office in the 2006 elections -- that the party (ORP) would not help her with fundraising or campaigning for reelection this year. Taylor was given the OH GOP endorsement for this uncontested primary at the infamous OH GOP endorsement meeting that HAD to be held on 9/11/09. The Republican primary winner will face off against the Democrat candidate Hamilton County Commissioner David "Deep Pockets" Pepper in the General Election.

The fact that Taylor was a true conservative, a rabid watchdog of our money, and the BEST damn State Auditor we have had in a very long time came in second to Husted & Kevin DeWine's vendetta against her and the plotted agenda of consolidating their power for their ultimate quest of eventually having John Husted become Governor. Taylor, besides not wanting to help Husted carry Taft's water, would also be considered a threat for Husted if she ever decided to run for Governor.

Now we will move to the State Attorney General race.....

Facing off in the GOP primary for this race was former Senator Mike DeWine and Hamilton County Prosecutor Dave Yost.

This primary between Yost and the global warming-loving, gun-hating, lifetime politician, former Senator Mike DeWine appeared to be an easy pick for many conservatives in OH. Why? Because Mike DeWine is a part-time conservative.... meaning he "becomes" conservative just prior to election time.

With his racking up of endorsements from many of the Republican County Prosecutors in OH, his easily starting to win endorsements over Mike DeWine from county GOP parties (5-0) and having the support by all the gun-groups in OH over Mike DeWine, the conservatives and grass roots groups in this state were clearly sending a message to the supposed leadership in the Ohio Republican Party as to who they wanted as their candidate for Attorney General -- Dave Yost.In the "Tea Parties & 9.12 Groups are nothing without the GOP" meeting held on 9/11/09 in which State GOP endorsements were given out -- Chairman Dewine & the OH GOP State Central Committee refused to give out an endorsement in this race. Even with endorsements strangely given out for uncontested primaries in State races, this was the only State office that an endorsement was not given. Now this is where you get a headache and will have your already high level of disgust for the political system & the lemon of a state political party -- the Ohio Republican Party -- will shoot through the roof....Mary Taylor, because of her own lack of fund raising ability and her being locked out of party money due to the Kevin DeWine/John Husted vendetta target on her back, was woefully behind in raising campaign funds for her reelection against eventual run against the Democrat candidate in the General Election -- Hamilton County Commissioner David "Deep Pockets" Pepper. The fact that Pepper's father was a big shot with Proctor & Gamble also contributed to the big money Republicans from the Cincy area that he is friends with of not wanting to cross him and refused to financially support Taylor.

Much to the dismay of Kevin DeWine & Husted, seeing that Mary Taylor was being left out to dry & knowing DeWine & Husted were all giggly over Taylor's imminent political demise, John Kasich threw Taylor a political life-line and asked her to run as his Lt. Governor -- thus creating a vacancy on the GOP primary ticket for the State Auditors race.

When Taylor abandoned her reelection bid for State Auditor, Ohio State Representative Seth Morgan announced his candidacy for this seat. Though Taylor was a superstar and had the power of running as an incumbent going for her, Morgan had the same drive and qualifications Taylor and the Ohio Republican Party stated was needed for being a State Auditor when she successfully ran for this office -- that a person running for State Auditor should be a CPA. Morgan, like Taylor, is a C.P.A.So.... everything in Elephant Clan land was all good now - right? Nope! Even though he was a qualified candidate by being a CPA & had shown he was a fiscal watchdog as a Huber Hts. Councilman & OH House member, during this time Seth Morgan also ran a foul of the lemon-like leadership of ORP Chairman Kevin DeWine & his trusted tax-loving sidekick John Husted. 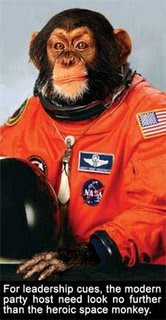 Putting personal vendetta's above good leadership & promoting good conservatives like they are supposed too, ORP Chairman Kevin DeWine & John Husted set out on a search for a sap to get in the State Auditors race for a run against Seth Morgan.Were they looking for a better candidate? Nope, any warm bodied sucker would do.After shopping around and offering a guaranteed endorsement from the GOP State Central Committee but no financial support for getting in State Auditor primary to several people and being laughed at, Kevin DeWine & John Husted finally found their sucker in Dave Yost.Yost, who is NOT a CPA, in a major lapse of good judgement and integrity, and knowing he was also being blocked in fund raising by the GOP money bags not wanting to donate against the friend of John Kasich & well-funded -- Mike DeWine, dropped out of the Attorney General primary and will run in the State Auditor primary against Seth Morgan. In a fit of fantasy land thinking, Yost feels that since he is now the handpicked candidate of Kevin DeWine & John Husted, the same GOP money men who refused donating to Mary Taylor in the Auditors race against Pepper -- will now open their check books for him.For the record.... there is no love lost between cousins Kevin DeWine & Mike DeWine. ORP Chair Kevin DeWine would love nothing more than seeing Mike DeWine get beat in the primary, but he knows his lemon-like leadership was too weak to help Yost beat his cousin and settling the score against Morgan was more important.So because of the above, the make Sen. George Voinovich look conservative, gun-hating, lover of global warming lifetime politician Mike DeWine will get a free pass in the Republican primary for State Attorney General and the ORP is pushing a candidate in the Auditor primary, Yost, that just wants to get elected to a state office and is according to their own words in Taylor's race for Auditor four (4) years ago unfit to be State Auditor because he is NOT a CPA.I bet you thought our fight in pushing public policy consistent with our three core values was going to only be against the progressive liberals. So for the party hacks out there saying the leadership of the Ohio Republican Party promotes good conservative candidates and hears the voices of the grass roots groups is equal to agreeing that the science behind global warming is accurate.Equally disturbing as the above is the fact that the people serving on the governing body of the Ohio Republican Party, the State Central Committee, have ALL sat silent as the future of OH is being frittered away over elementary school type vendetta's from the lemon-like leadership at the ORP. 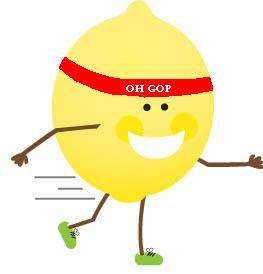