What everyone was thinking during the second debate in the 2012 Presidential Election.


Posted by Cleveland Tea Party Patriots at 10:28 PM No comments:

THE CLEVELAND PLAIN DEALER GOES IN THE TANK FOR SHERROD BROWN

Not that this is a shock to anyone that lives in Ohio or in the real world for that matter. Breitbart.com's WILLIAM BIGELOW writes:

The Cleveland Plain Dealer, which employed Sherrod Brown’s wife Connie Schultz from 2007 until she was caught filming Josh Mandel in 2011 at a Tea Party rally and subsequently resigned from the paper, has, shockingly enough, endorsed Brown in his Senate race. Schultz was ostensibly at the 2011 rally to report on it, but strangely enough, failed to mention in her column that Mandel spoke. It looked as though she used her job to snoop for her husband. After she was caught, she resigned.

He then goes on to charge the left leaning organization Politi-Fact Ohio of fudging some of their so-called facts. Politi-Fact Ohio employs 12 Democrats and only 3 Republicans. The 3 editors of Politi-Fact Ohio are all Democrats. Click here to read the entire article.
Posted by Cleveland Tea Party Patriots at 12:59 PM No comments:

Occupy The Truth The Lost Tapes

After twisting arms, numerous phone calls, technical glitches and various delays, I give to you without further adieu, Ralph King and Jenny Beth Martin of Tea Party Patriots. They were speaking at the Occupy the Truth Rally in Cleveland, Ohio on 08-18-12.'

Posted by Cleveland Tea Party Patriots at 8:16 AM No comments: 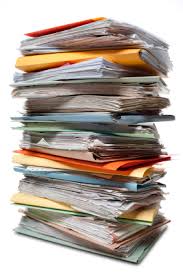 Ohio EPA Director and Gov. Kasich need to hear from us
Governor Kasich's Ohio EPA Director is about to introduce new water regulations that are even more stringent than the Federal EPA's! This set of regulations would have a devastating effect on the coal industry, the fracking industry, municipalities and/or regional sewer districts with their own waste water treatment plants, infrastructure projects (road & sewer projects), development of any kind, etc.
The frustrating things is.... as we are out there talking about how President Obama & Senator Sherrod Brown's support of the EPA is causing our electric rates ad sewer bills to skyrocket because of over-restrictive EPA mandates ad regulation, Governor Kasich's Ohio EPA Director is trying to one-up them with stricter regulations.
Below are talking points and details about the new water regulation proposals as being discussed by the Ohio EPA. If you can take a few minutes and call Gov. Kasich's office, AND the Director of the Ohio EPA, Scott J. Nally, let them know that this rules package should be stopped in its tracks.
Scott J. Nally:
Phone: (614) 644-2782 ~ Fax: (614) 644-3184
Governor John Kasich
Phone: (614) 466-3555
-----------------------------------------------------------
Water Quality Rules & Background Talking Points
Background:
·         Rule package has two sections, water quality standards and changes to 401 water quality certification program.
·         Water quality standards are regulations that set use designations and chemical standards for lakes, rivers, and streams. These rules contain use designations and the anti-degradation rule that set limits on certain types of discharges.
·         The 401 water quality certification program regulates filling of streams and wetlands with dredged or fill material
·         Both sets of rules have been proposed several times and discussed in depth for at least ten years
Basis for Rules:
·         Ohio EPA has never clearly stated why they are making significant changes to these administrative code sections:
·         Not mandated by US EPA
·         Not needed as part of the five year rule review
·         The proposed rules are significantly more stringent than US EPA requires under the Clean Water Act
Specific Concerns with Rules:
·         Rules propose a complicated tiered aquatic life use designation system that is overly complex, costly, and unnecessary
·         These rules unequivocally have more impact in certain parts of the state and will impact the coal industry heavily
·         Ohio EPA is grossly underestimating how many streams will be regulated as high quality waters under these rules, and consequently, Ohio EPA is significantly underestimating the impacts to Ohio's businesses
·         The testing required under rules is extremely costly and there are not sufficient numbers of qualified individuals in the State to conduct the sampling and analysis.
·         Rules add significant complexity, uncertainty and inconsistencies
·         This rule will eliminate jobs in Ohio and it will keep new investment from moving forward
·         Business Community Participation:
·         During Ohio EPA's work-group this summer, participation was very limited, and not all business groups had the opportunity to participate or have technical representatives at meetings of the work-group.
·         Ohio EPA did not consider information provided by the business community and in general summarily dismissed any input from the regulated community.
·         Ohio EPA refused to consider alternatives suggested by the business community
·         Ohio EPA assumes that it is the responsibility of the business community to prove the costs of a proposed rule.
·         Ohio EPA has not made a reasonable effort to determine the actual costs of the rules on the business community
Ohio does not need yet more government regulation.