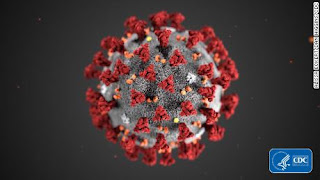 Ruth Papazian is “a Bronx-based health and medical writer, and a political junkie.”    She reports on the medical options available to those diagnosed with COVID-19, a/k/a  Wuhan virus, in a report at American Greatness titled “Fauci’s Folly.” Here’s a brief extract:

. . . a clinician’s job is to save lives. And in the midst of a burgeoning global pandemic when speed is of the essence, field experience with two drugs whose safety profiles are well understood suffices to treat patients who are likely to die. For this reason, the FDA-approved chloroquine and remdesivir, an Ebola treatment, for “compassionate use.” Both drugs can be administered immediately to patients who have serious or life-threatening cases of coronavirus.

The combination of HCQ+AZ could cause abnormal heart rhythms and would not be given to patients with known atrial flutter or atrial fibrillation. Research suggests one alternative for these patients: The combination of chloroquine and zinc, which can stop the virus from replicating.

Read the entire article here. If you or someone you know tests positive for COVID-19, this information would be extremely useful to take to the doctor’s office or hospital.  Ms. Papazian does not have a high opinion of Dr. Anthony Fauci.
# # #

Is Gov. Mike DeWine a pessimist? 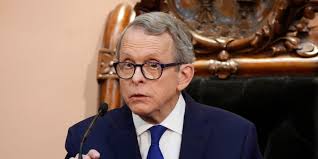 President Trump has been suggesting that the various restrictions recommended to slow the spread of the coronavirus could be lifted as early as Easter (April 12).  He has referenced the economic health of the US, and the other day I quoted Mike Rowe:

In response to Trump’s optimism and intention to balance the health of people with the financial health (and security) of the country, the markets started to rebound.

Gov. Mike DeWine also insisted he wasn’t that far apart from President Donald Trump on their approach to the coronavirus. Trump wants America to get back to business around Easter, about two weeks from now.

But now The Hill reports that

Democratic and Republican governors, as well as local officials, are pushing back against President Trump’s signals that he wants to restart the economy by Easter, warning that ending strict social distancing practices could put millions of lives at risk.

And several say they will keep those orders in place even if Trump rolls back the few national restrictions he has put in place.

Among those governors is Ohio Gov. Mike DeWine:

“We have to #FlattenTheCurve so that when the wave comes, it’s not as big as it would have been and we are prepared for it. We are going to get our economy back, but we have to get through it, protect as many lives as we can, and then move forward. I’m looking forward to that day, but it’s not here yet,” DeWine tweeted.

Meantime, we’ve been to the grocery store, been patronizing our local bistros by ordering take-out, comparing notes with family and friends, etc.  So far, everyone we’ve talked to is looking forward to getting back to normal.  They're concerned but not scared.  We’re optimistic.
# # #

Mike Rowe on the coronavirus quarantines 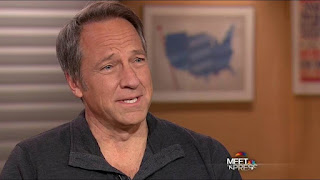 Mike Rowe of “Dirty Jobs” fame has a FB post that offers his usual commonsense take on the ongoing quarantines. Here’s an extract:

Personally, as an avowed non-expert with a large Facebook following, I do think a temporary shutdown makes sense, while we gather more information and answer some pressing questions. Who exactly does this affect? How exactly is it passed? Can you develop an immunity? Does it mutate and if so, how often? And of course, it's worth repeating that the lockdown won’t work unless everyone participates, which is easier to do in Wuhan than it is during Spring Break in this country.

Consequently, people are arguing over which is worse - hundreds of thousands of dead Americans, or another Great Depression. Unfortunately, I think that misses the point. I think the worst-case scenario, is both.

Consider this from Dr. Michael Osterholm, who’s quickly becoming one of the most respected voices in this space.

“This is not going to be like a blizzard,” he said, “this is a “coronavirus winter. It will last for months and months. A lot of people have made a decision to cancel events, large meetings, schools, etc., but what they haven't thought about is what it means if they make the decision to do this now. Tens of thousands of healthcare workers have kids in school. What will that do to their ability to care for the sick? Who will watch their kids?”

Remember, this is the man whose been telling us for years exactly what’s coming. And he’s been right at every turn. But he’s also telling us that shutting down the whole country for long periods of time is not the answer.
. . .
. . . I also know that Safety First is no way to live indefinitely. We are at base, a Safety Third nation. We can’t remain in the air raid shelter indefinitely – if we do, there’ll be no country left, when we finally emerge.

Panic over a cold? 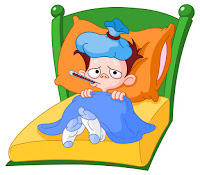 Is Western civilization going to collapse over a cold?
. . .
Is COVID-19 a bit worse than most coronavirus strains?  Maybe so.  But it looks to still be a variation on a cold.

The real question is, why is the world panicking so?

With the common flu killing 18,000 annually, why are we panicking over these much smaller numbers from the coronavirus?  Worse yet, why is this panic worldwide?

I may be wrong, but this global panic seems to have been engineered.  For a number of reasons:

A) To get rid of Trump
... Democrats 'hoping' to 'destroy Trump and the economy' as coronavirus spreads

B) To get rid of cash
. . . Fungible currency is one of the last arenas of personal autonomy.
. . .
C) To get people used to infringements on civil liberties
. . .
And a frightening precedent will have been set up to enforce totalitarian measures for the slightest of reasons — in this case, a common cold with an attitude.

If this is not a global conspiracy, it sure looks like a dress rehearsal for a global dictatorship.

Your Scream to start the weekend 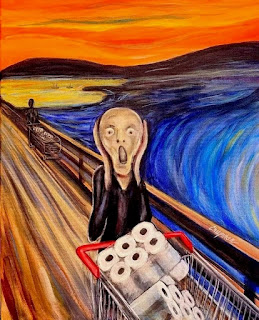 Edvard Munch must be chuckling (meme via PowerLine blog) . . . 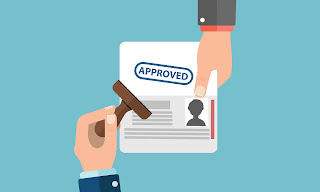 UPDATE 5:08 on Thurs by Neil Munro on Breitbart:

Sen. Lindsey Graham is using the coronavirus recovery bills to dramatically expand the award of EB-5 green cards to wealthy Chinese if they lend money to U.S. real estate investors and other companies, according to several activists and Politico magazine.

“How can people pushing this not see how politically explosive this is?” said Mark Krikorian, director of the Center for Immigration Studies. “An EB-5 increase would almost exclusively benefit Chinese: It is hard to imagine what they are thinking.”


The plan by Graham, (R-S.C.) was provided to Politico, which said it would “boost the number of [EB-5] visas offered to wealthy immigrants who invest money in the United States as it tries to boost a faltering economy amid the escalating coronavirus outbreak, according to four people familiar with the situation.” [Full update is here.]

[resuming from yesterday's blog] This just in from NumbersUSA:

Our Capitol Hill team is learning of some troubling news. There are a handful of Senators, along with some in the White House, who are looking to slip an INCREASE of legal immigration into the emergency spending bills currently being drafted to deal with the coronavirus outbreak.

The provision being discussed would increase the number of EB-5 visas from 10,000 to 75,000. The EB-5 visa program provides foreign nationals with a green card in return for an investment in an American business that leads to the creation of at least 10 jobs for American workers. Currently, investors have to invest at least $900,000, but the provision could reduce that amount to $450,000.

Quite simply, the EB-5 visa program is the selling of U.S. citizenship. It's ridiculous to think that while Americans are concerned about their jobs and their health, that some Senators are looking for ways to benefit foreign nationals instead.

Please call your two U.S. Senators and urge them to oppose any efforts to slip an EB-5 increase into the economic stimulus package. Congress should not be burying bad immigration policy into emergency bills.

The talking point: tell your Senators to oppose an increase in EB-5 visas in the emergency bills.

Overlooked stats in the coronavirus reportage

Overlooked math and stats in the coronavirus reportage

Since most people recover from Coronavirus. shouldn't we be looking at currently infected (CI) as opposed to all infections to date (AI)? At this stage most people in the US are still infected, so CI won't be much larger than AI. But, over time, say, with a three week lag to account for disease duration, wouldn't the CI increase rate grow more slowly than the AI rate? After all, it is the CI people who transmit the disease, not the AI people who have recovered or died (R+D). In other words, we should look at the growth rate of CI, not AI.

I think this may explain why the disease appears to be tapering off in China.
Numbers from here, but this site (Worldometers) updates frequently.

So maybe we are not all doomed.