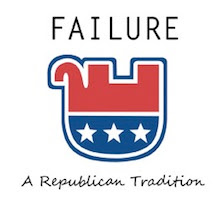 At least $2 million in contributions originally promised to the NRSC have not materialized, CNN reported Tuesday.

The failure of Republicans to fulfill a central campaign promise particularly concerns some donors because it could disillusion core voters heading into the 2018 midterms. The uncertainty could put the Republicans' majority—especially in the House of Representatives—at risk.

The Republican majority in the Senate is widely viewed to be safe in the 2018 midterms. Nonetheless, Majority Leader Mitch McConnell (R, Ky.) has been privately warning his colleagues and donors that the GOP's 52-48 majority should not be taken for granted, according to CNN. A campaign donation shortfall could impact the GOP's ability to effectively campaign in states where Democratic senators are vulnerable.

Withholding contributions is a good start, but it’s just a start. Remember when Dave Brat upset Eric Cantor? We need two or three more primary challenges.
# # #
Posted by Diana at 11:42 AM